RunRio launches the most premiere running series in the country 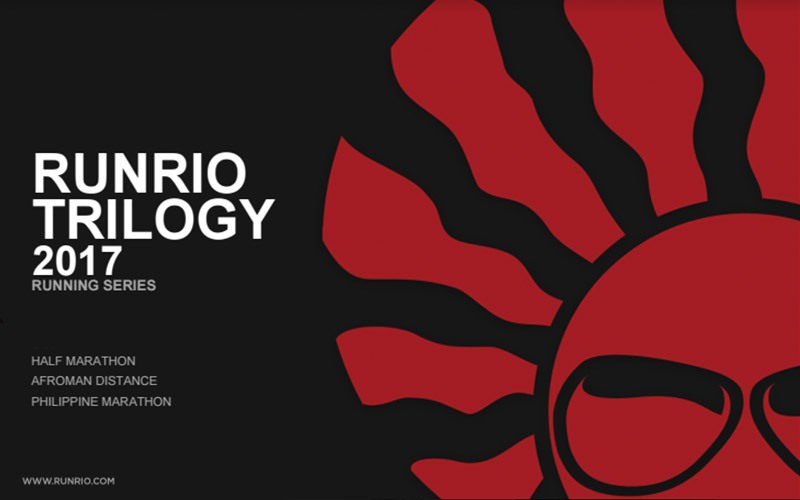 RUNRIO Trilogy Series 2017 promises to be the most exciting ever

Running coach Rio dela Cruz of RUNRIO Events, Inc. announces the start of this year’s most premier running series in the country – the RUNRIO Trilogy 2017 at the Okada Manila in Paranaque City. 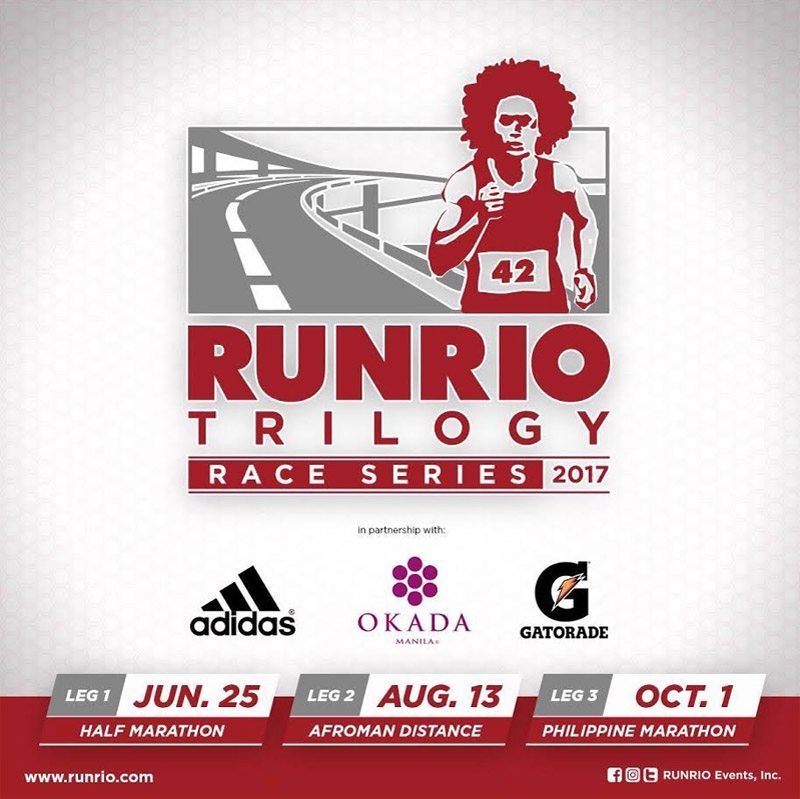 The series is expected to attract an average of 12,000 running enthusiasts per leg from all over the country.   The first of the three legs is set for June 25 and features a half-marathon run including 10Km and 5Km race. This will be followed by the second leg on August 13, where it will showcase Rio’s very own Afroman distance which is a 32Km run, with shorter distances – 21Km, 10Km and 5Km. The 32Km is considered by runners as the ideal race for first-timers who aim to finish their very first full marathon.

The third and final leg will cap the series on October 1 with a full marathon of 42Km that also includes 21Km, 10Km, and 5Km race distances. Runners who complete the highest distance of all 3 races will be honored at the RUNRIO Trilogy Awards Night. 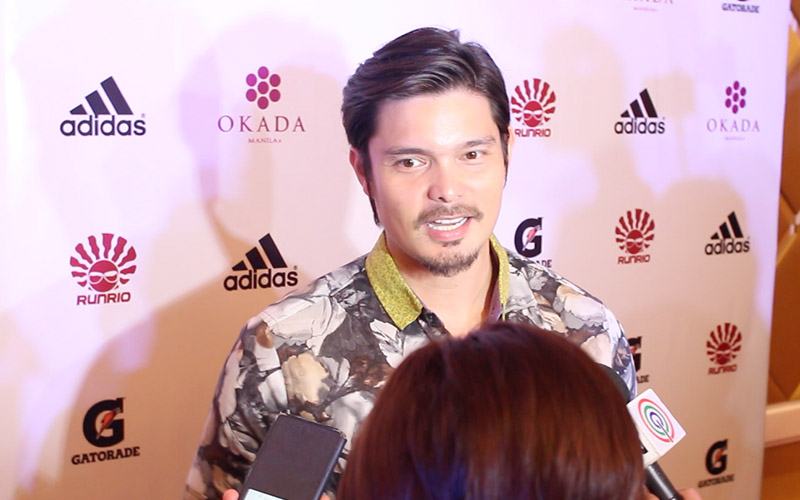 The very first RUNRIO Trilogy was held in 2010 with the primary purpose of providing a progressive running program for those who want to finish a full marathon.  This year’s RUNRIO Trilogy, will also feature popular actor and running enthusiast, Dingdong Dantes as the event ambassador. 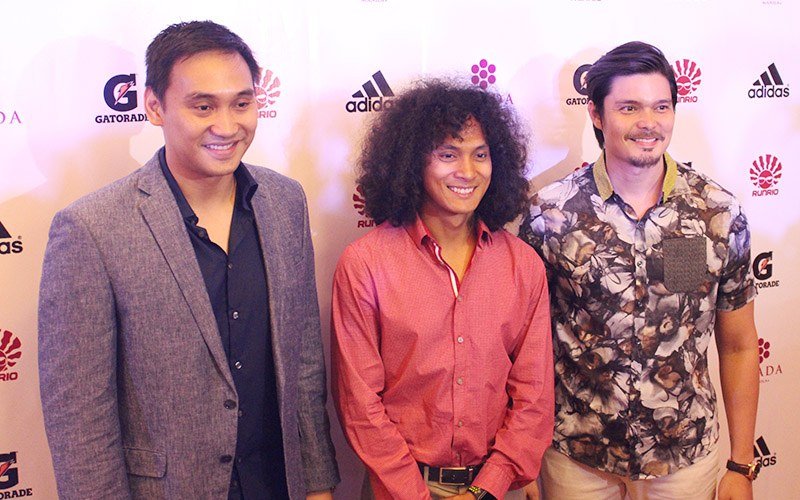 “We are excited to launch the RUNRIO Trilogy race series because there are many running enthusiasts out there who are looking forward to this event. This year marks the 7th year of RUNRIO Trilogy, whose main objective is to educate runners to train and race progressively,” said award-winning actor Dantes. “Aside from this, part of the proceeds of this year’s race series will go to YesPinoy Foundation to support the organization’s philanthropic works” added Dantes.

Dantes is the founding chairman of YesPinoy Foundation. 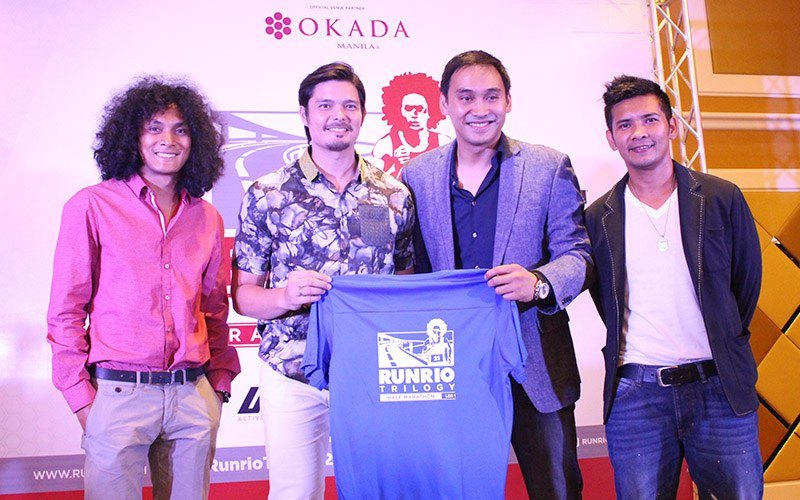 The announcement of the RUNRIO Trilogy series is part of RUNRIO Events, Inc.’s expansion program that will bring more running activities to the public in the coming months. 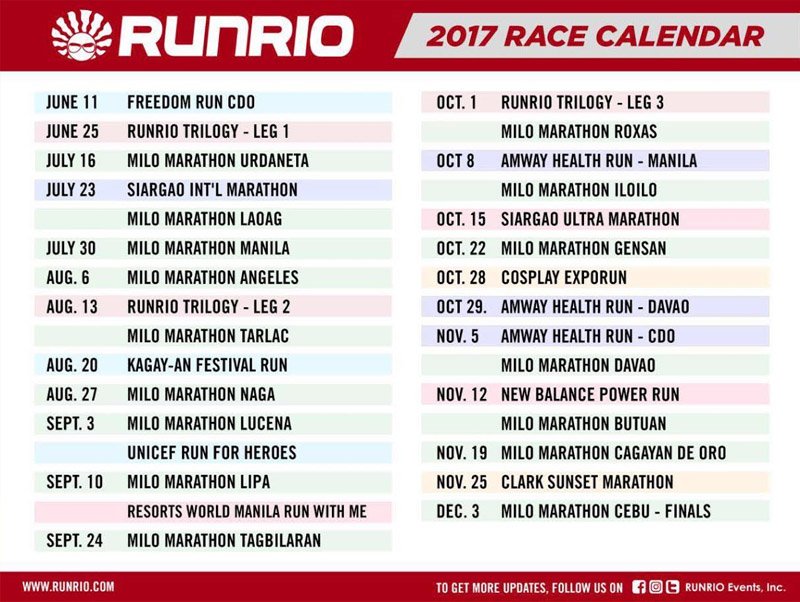 Runners can also expect bigger and more exciting races from the country’s premiere running events company as it looks to add more races in its portfolio such as trail running, obstacle runs, just to name a few. 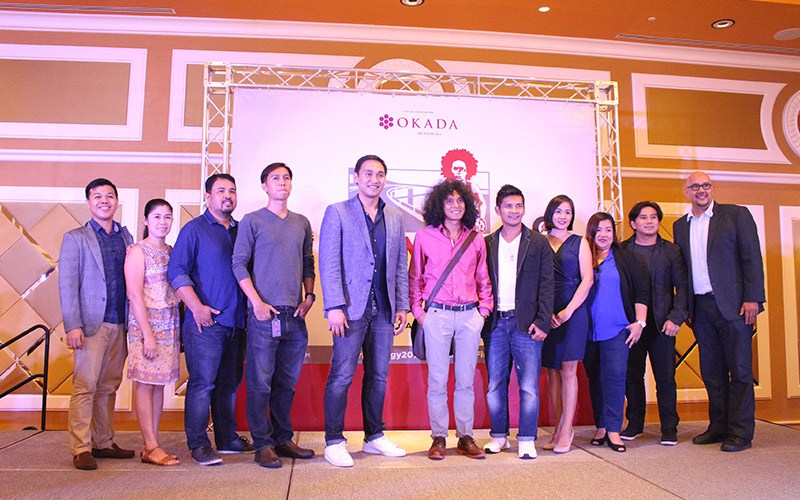 RUNRIO will also be launching its new campaign “Heart to Finish”, which is expected to become the participants’ mantra for all RUNRIO races. 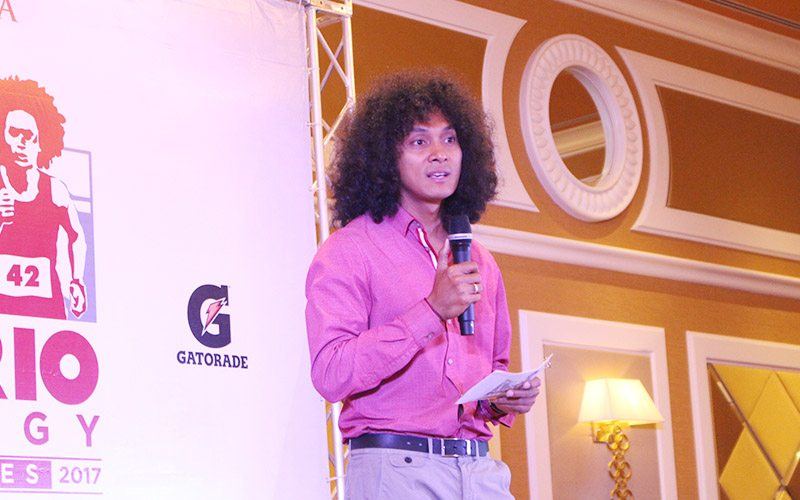 “We at RUNRIO understand that people join races not just to run. It’s more because of their desire and passion to be able to finish their 21k, 32k or 42k races with different motivations. We believe that if you run with your heart, anything is possible” said Coach Rio dela Cruz, President of RUNRIO Events, Inc.

One of the highlights of the media launch was the opening of the online registration while onsite registrations will be open starting May 6, 2017, at Adidas Greenbelt 3, Adidas Trinoma, Adidas Solenad 3, Adidas BGC and Toby’s SM MOA.

“I would like to invite all those who like running to join the RUNRIO Trilogy 2017. This unique running series will definitely provide runners a chance to train and prepare properly and a chance to show how far they can go when they run with their heart,” said Coach Rio dela Cruz, RUNRIO Events, Inc. President.

The most awaited race series of the year is also supported by Active Health, Summit Water and Garmin Philippines.

Michael or Duggie as he is professionally referred to, is the managing consultant of MNLtoday.ph. A marketing communications veteran of more than 20 years, Duggie has written for many brands and accounts and trained under the best and the brightest of the industry. Duggie contributes lifestyle, food and travel articles with his usual descriptive, simple yet polished style of writing. Duggie is also the president and CEO supervising PRC, Inc., Themeactive, and Full Blast Digicomms and con-currently managing director of PRC, Inc.

A rare giant shipworm found in the Philippines