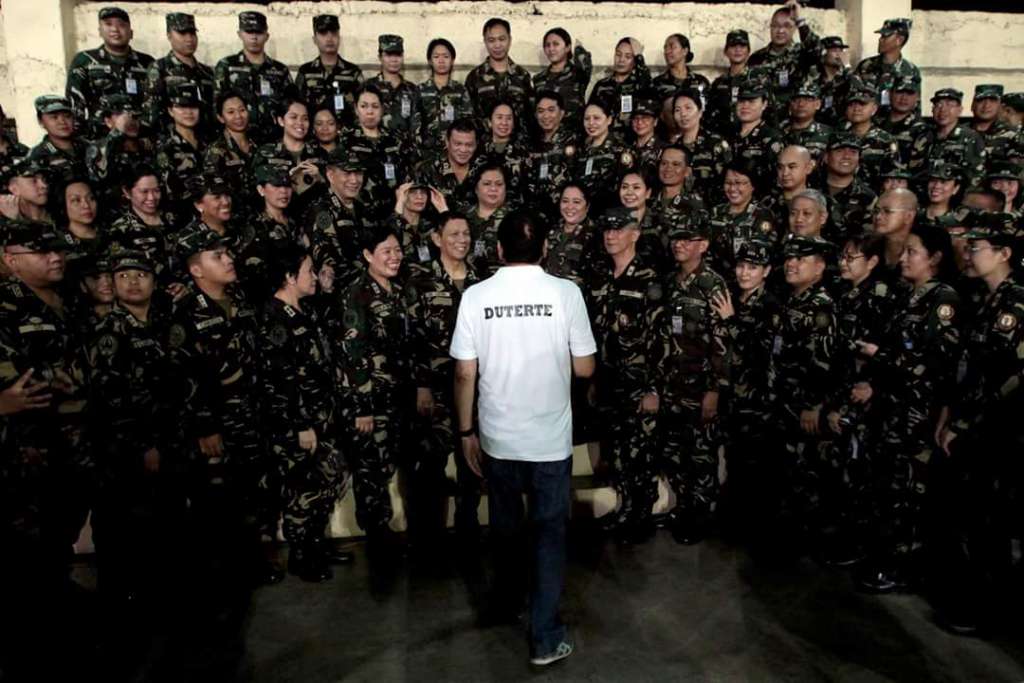 (MNLtoday.ph) – President Duterte visited 6 military camps to meet troops and other military officials. The rounds of visits to the camps were part of a 9-day tour. 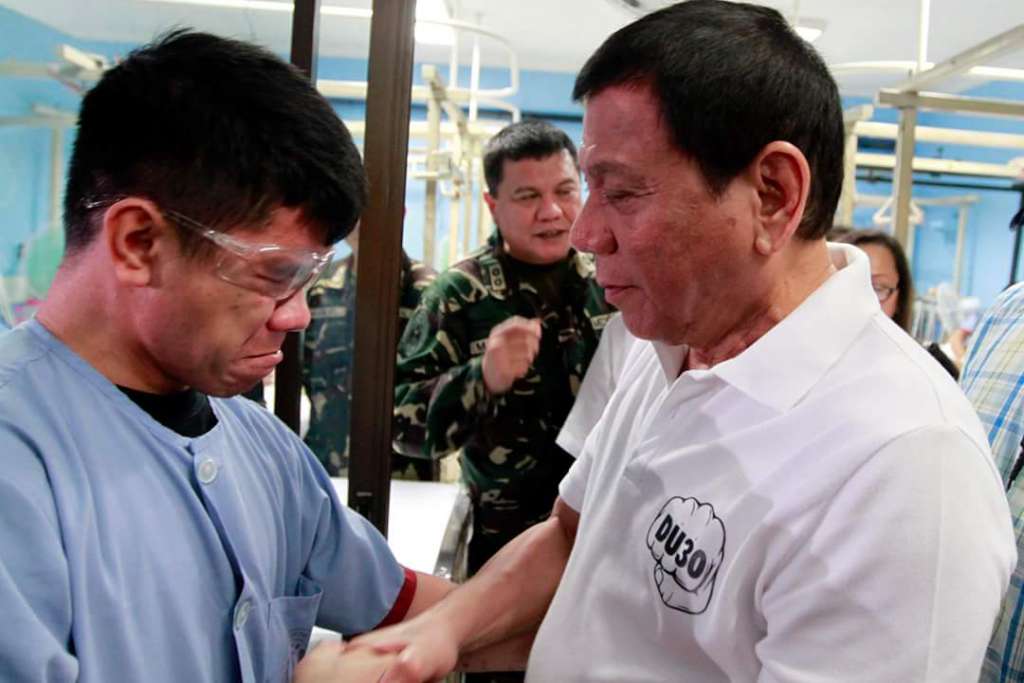 President Duterte paid tribute to Jerome Jacuba at the AFP Medical Center on August 2, 2016. The 28-year-old 2nd lieutenant was blinded when a shrapnel exploded during a clearing operation in Barangay Datu Salita in Maguindanao last March causing him to lose his eyes. Jacuba, awaiting promotion to the rank of first lieutenant, is left permanently blink. However, he is now learning to read Braille.

A glimpse of the metro one Flash at a time